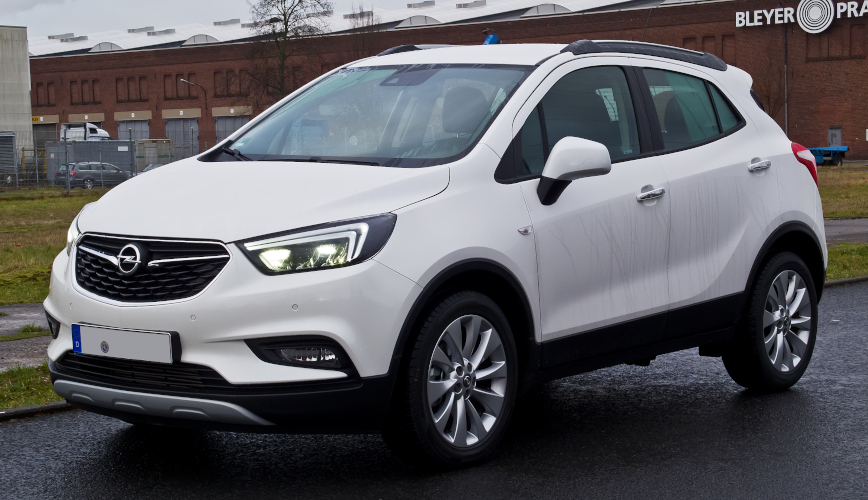 What I'm going to tell you now is about my experience with my new Opel Mokka X.
But it is unfortunately extendable to other models of the Opel brand.
Problems that you should know if you are trying to acquire one of them, since this brand has always been highly trusted, and its behavior has not been so in recent years.

There was a time when Opel cars were very good.
I had a brand new second hand Opel Kadett car, with a double body carburetor. This was a machine.
Now opel cars are also good cars, mechanically.
But his new futuristic strategies are leaving a bad taste in his mouth.
They are more aware of business than of their customers.
They are making things wrong.
And they are selling cars with poorly finished accessories and functionalities.

I know, because I bought an opel Mokka X, and later I have met the community on the website "Club Opel Mokka".
Imagine how it is the thing, the forum is as new as the own model of the house opel. And it has more than 2,200 members, more than 3,000 topics, and more than 80,000 posts.

The first dealer tried to sell me an Opel Mokka gasoline for 19 thousand euros with hardly any extras.
At the same time, he discovered other dealers doing the same for a much more expensive price.
I saw some strange things in the commercial aspect. And to make matters worse, the gentleman at the table tells me that this car does not have a fuel filter. Oh! my mother!

Looking for Opel cars online, I came across a website that was looking for the cheapest cars in dealerships.
There I already realized that each dealer goes to his own ball.
I have seen a dealer selling an Opel Mokka X just like mine for 24 thousand euros.

I contacted an Opel dealer in León, because for a much lower price they sold me a new Opel Mokka X with almost all the extras.
I wanted to remove the GPS navigator option, but the commercial insisted a lot because it is worth it (according to him)

And I traveled to León to bring my stroller.

The commercial seemed not to have much experience, he did not even know if my car was diesel or gasoline. I said "with you see the revolution counter and the differences."
I asked her if he had an alarm, he said no, I said I thought he did.
Finally he argued that if he had an alarm he would have a sticker on the window.
And finally if he had an alarm (he connects by closing with the remote 2 times)

I take the car from the dealer, with the deposit in super reserve ... what a nice detail.
And as they say, I take a road and a blanket.

From León towards Badajoz, we got into «the silver route».
We ate an exaggeration of Km on a very bad national highway, tired of going through islets with their respective cedas.
And suddenly we see a sign that says "Highway to the left", and the navigator says "Go straight".
We stopped for a moment to analyze the problem, and the issue was that the navigator had no record of any nearby highway.
Sorry for the expression -> SEND THE FUCK!

If we look on the web or the forum "club opel mokka" we see that the Gps is not worth buying even if they pay you.
And it is a real shame that most have acquired it on the advice of the dealer himself.

The maps were not thought or updated, and in the end Opel has moved tab moved by the pressure of a user and the OCU -> https://www.clubopelmokka.com/threads/mis-problemas-con-el-mokka-y-para-que-sepais-como-reclamar.1254/

In case you haven't heard, something large-scale happened a few years ago, and it was a full-blown scam.
Opel announced for the Opel Mokka, a multimedia system, which were compatible and connectable with Android phones and Iphone.
They also said that this multimedia audio system had an installable app store.
Many users even say that the brand itself and the dealers promoted it, and that the catalogs made mention of this technology.
But nothing is further from reality, after the pasture the audio system was not compatible with those phones, or applications or anything.
(Maybe they should have called your multimedia system, multimierd system ...)

It was like this, and so shameless, that a movement of many users together with the Ocu, formalized a lawsuit against Opel.
But finally Opel, promised changes, for the following browsers.
So Opel ran away and nothing happened.

Petition for signatures in the Opel scam

Now the new Opel models, the multimierd @ if it connects with your smartphone.
But forget about applications and usability.

My personal conclusions about the opel Mokka X gasoline

Perfect, the car goes up to 150km / h in the blink of an eye.
The 140cv is often not noticeable because the control unit is very invasive and does not let you use the engine as you please.
Curiously, many people comment on the Mokka forum, something that I already noticed about it.
The car accelerates more with the cruising speed setting than with the full pedal.
But it does not detract from the efficiency of the engine, it behaves well in all circumstances.

Consumption is very reasonable, in the city without abusing it can consume between 8 to 9 liters.
It seems quite reasonable for a 1400 kilo car.
On the highway, consumption is so good that it is comparable to a diesel car, an average of 6 liters.
And if you get serious about consumption and step little and do not go much more than 100km / h, you can get the 5 something.

Excellent.
The only downside is the loudness with the wind and the engine. It's probably because of the size of the chassis.
The engine noise is not unpleasant, it sounds sporty, but when you bring the music you wish it was quieter.
Very good cushioning while being stiff, very firm in the curves.
The car at 150km / h speed is not noticeable.
On a night highway route, I got behind a parcel delivery man, at 178km / h, and the Opel Mokka X did not seem to cost much, without vibrations, at reasonable revs.

Here is the great hardship to what Opel calls technology.
The electronics in this car are greener than an Italian pepper.

Electronic faults that I have detected in this Opel Mokka X:

The audio quality is quite correct with the basic equipment.
You will enjoy some good bass.
But the volume is really low.
So, forget about taking it to the bottle.

The Mp3 player is pretty basic, and it's not very fast.
There is no equalizer, only 3-level adjustment, low treble and etc.

In short, the multimedia theme, which is audio + gps, because there is nothing else.
Seriously, don't expect frills or car data on this big screen, and it doesn't show almost any RDS information either.
Well, it is so bad, that the community that I told you, the Opel Mokka X forum, there are already a few wanting to extinguish the warranty to change the Opel multimedia for other Chinese models.

Hold on, curves are coming.
The one with the announcement of the back to the future comes out.
East. Do you remember?

Nice scene of 2 groups using the Wi-Fi of an Opel Astra.
But what the ad doesn't say is:

In my case, it is a bi-zone air conditioner, since the performance is regular, not very typical of a large or high-performance car. (I've seen a nissan micra cool more)
It heats well, but the cold is not very generous.
The 2nd nozzle particularly catches my attention.
The nozzle to the right of the steering wheel.
The air hits there, it goes straight towards the steering wheel. It is difficult for him to give anything else. If your comfort depends on that nozzle, the copilot better blow you.
I do not understand how the engineering of this century has placed a nozzle there so that it can only blow at the wheel.
So the air conditioning without being too good also brings design problems.

With the new Opel we have free radiation

Returning to the topic of wifi.
We have a router modem broadcasting wifi
Where?
It does not matter, no matter how far it is, the cabin is small, it bounces all the waves, it is close to your knees, your brain.
That is, when there are already medical advice, they recommend that we do not bring our mobile closer to our head, turn off our routers at night.
Tachan !!!!!!! And I have to put up with a wifi that is determined to be present.

It is reported to Opel, with no response.
And in an official workshop they have told me "It is a known fault in quotation marks, we also remove some Wi-Fi from customer cars, and we see that it is reactivated at the next startup"
I suggested that he directly start the module and keep it, and he replied "if we cancel the code, an error code will appear and the problems will be greater"

It's not that I have any special problems or sensibilities with wifis.
But it is one thing to be a complainer, and another is to have to endure a Wi-Fi inside such a tiny cabin, being a Wi-Fi that I don't intend to use at all.
Where is the meaning?

Bad experience.
It's amazing how people treat other people like products or animals.
I took it to an authorized official workshop near my area. Its name is "mobile 5".
They returned it to me with paint stains all over the chassis, a slammed door, and a strange large metallic stain.
The head of the workshop argued that all this did not happen there, and that the metallic stain seemed to him to be the mark of a pigeon poop.
I passed the claim to Opel Customer Service, in which the several times they had to call me, they have not done so.
That has already been a month and I am still waiting.
The person handling my case can no longer locate it and I have been assigned a new file number.

And what about the deception with the Opel On Star service

As if the deception with the multimedia system were not enough, now they remove the Opel On Star system

Where is the deception in the theft of the Opel On Star service?

Well, obviously many people have bought the car with this service.
Many people have even paid more than € 1000 to implement this system in their Opel car, because on the date of purchase of the vehicle this service did not exist.
And this service has now just flown away, notwithstanding that thousands of customers have been left without this service that they had paid for.
End of 2020 (on the very 31st of December), end of the Opel On Star service.

As of today, it is not yet known what will be the response of justice, if there is one and that little can be expected of it.
But it is said that customers could be compensated for subtracting a service that was implicit by right in the acquisition of the vehicle, and for being the clear motivation for choosing this brand.
So other brands could also accuse them of unfair competition.

Substitute for this service?

While the Opel brand has no other interest than to keep innovating and making new things for its new customers, there are similar services in products dedicated to it.

In this case, only for the remote location service of the car, these examples can serve us:

¿Me volvería a comprar un Opel? 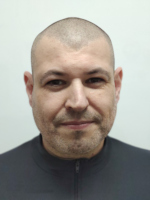